In this post you are going to learn how to make your ex miss you.

This is not theory, either. This post includes a real life example of a client I worked with.

And my client not only made their ex miss them —where before they were ignored— but also chase them (back into a loving relationship.)

So if you are wondering if you can make your ex miss you, you are going to love this article.

Something has to motivate your ex to want to come back to you.

The most obvious “something” would be that they miss you.

After all, if they don’t miss you, they won’t make any effort to keep in touch.

And if they don’t keep in touch, they can’t be so easily reminded of who they gave up. 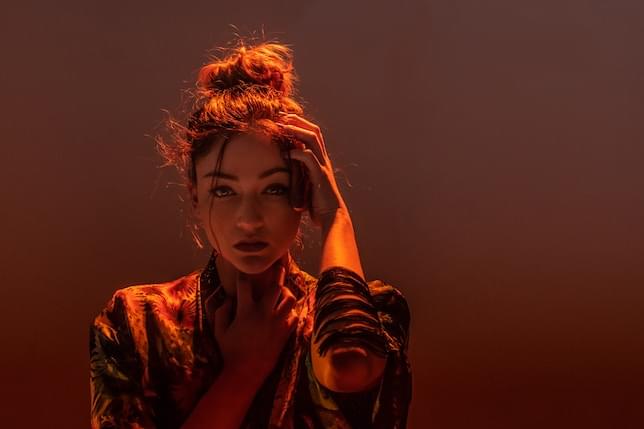 The most common reason couples make up is that they miss each other.

It is a catalyst for all that follows.

Your ex is no different.

When we are starved of connection, we seek to create (or re-create) a connection.

And if your ex is struggling to manage, they may soon be gasping for more human contact.

And this is a reasonable basis to miss you.

From there, if you play your cards right, you may just make your ex want you back as my client did.

Let’s begin with the simple truism of how our feelings, including love, are largely uncontrollable.

Whether your ex wants to miss you or not, it doesn’t matter. Whatever they feel, they feel. And there’s little that can be done about it in the short term.

[From “Regulation of Romantic Love Feelings: Preconceptions, Strategies, and Feasibility” — a study investigating if love feelings can be intentionally increased and decreased.]

The point here is this:

When we end a relationship, our feelings do not end at the same time.

And so, whatever your ex was feeling when you were dating, they’ll continue to feel for a good while. Regardless of what they would prefer to feel.

If they felt any GOOD feelings? They will still hold those feelings.

It’s just that they will also have the BAD feelings to contest with, as well.

After a breakup, especially if we were “wronged,” we will carry anger and bitterness along with our sadness.

These negative emotions “muddy the waters” of our feelings.

Your ex might feel plenty of love and affection for you, but also plenty of anger and grief.

Therefore if you want to be missed, you first need to deal with the bitter angry “you = bad” problem.

Well, the first thing to do is to stay out of the “muddy waters” to let things settle down for a bit.

Every fibre of your being wants to text, phone, and hangout with your ex.

You miss them terribly.

And it is painful to not be with them. To not see their face. And not hold them in your arms.

And so, this is what your instincts and feelings are instructing you to do.

This is why some clients become “text terrorists” after the breakup. They can not bare being apart.

On the other hand, your brain —the logic part— knows that in order to get your ex to miss you, you must deny your instincts and feelings.

You can not be in constant contact with your ex, begging and pleading, crying and harassing them on social media... and expect them to miss you at the same time.

And if they have made it clear they do not want to see you right now?

They’re doing you a favour.

If your ex wants space and feels crowded by you, you will only sabotage yourself and your chances of making up if you pester them.

To clear the muddy waters, stay clear of your ex.

First you must vanish from your ex’s world. Not forever. Just long enough for your absence to be felt.

Second, you must get to work to create an impact for when you return back to your ex’s world.

Your absence is the left foot. The habits, actions, and choices you make etc., are your right foot.

Both feet need to be working together.

Staying away from your ex with one foot, and making strategic self-improvements that make an impact, with the other.

If your left foot is breaking silence and showing up at your exes home or work, then the efforts your right foot make will be in vain.

What if you can not avoid your ex?

Do you give up?

No! Of course not.

My rule here is simple: Retreat where you can, but attend to what is important.

This means when you can’t avoid your ex, just minimise contact to the bare minimal you can get away with.

So if you have children together, you will clearly need to co-operate as fully as is appropriate for parents.

And if you live together, you must tend to your respective roles in the household, too.

But what about work and school?

It is what it is.

I do not recommend throwing in work or education because you want to maximise your chances.

Instead, if you work together, just aim to maintain a professional relationship. Enough to carry out your duties.

Same with school. When you share classes for example, just keep contact to the minimal you can manage.

The goal here is to avoid unnecessary drama.

This is not about being difficult with one another.

If you make a big deal of ignoring your ex in those unavoidable situations? You risk making yourself look bad.

So don’t do that.

Next I’ll share examples from a client to show how they created an impact large enough to leave their ex feeling terrible doubt over dumping them...

Let me share a real story with you from a past client.

This client —Sarah— succeeded in getting her ex to miss her. In fact, he ended up chasing her.

If you’re a guy reading this? Keep reading. The things she did? You can do the same. It is not exclusive to gender. You just need to tweak things, and I’ll explain as we go, OK?

She dated this guy for roughly three years. And they were planning to move in together. He had even bought furniture to adorn the new place.

Days before stepping foot in their new home, he announced he no longer loved her (and claimed he hadn’t really loved her for a few months.)

After a couple weeks went by, Sarah was told to move on by friends. You know the score, “he isn’t worth it, there are plenty more fish in the sea” (etc.)

But she wanted to fight. And only she knew what this meant to her.

So she came to me.

Tip: Friends and family mean well, but they are not necessarily equipped to give the best advice.

So how did we get Sarah’s ex to change his mind?

Honestly, there were many moving parts to this.

But a huge piece of the puzzle was in changing Sarah’s appearance —both outwardly and in behaviour— so as to snap her ex out of his daydream.

Well I’m here to tell you what works. Not how we wished things worked :-)

After a couple years dating Sarah, her boyfriend was used to seeing her a certain way.

She would typically wear muted colours. Wore the same outfit combinations. And her hair was always done up the same way.

All perfectly FINE. But we needed to break the pattern here, and force her ex boyfriend to re-evaluate Sarah.

To compare the old Sarah with the new, rather than see just the same Sarah. Make sense?

So that’s what she did.

She completely changed her style —tapping into a different side of herself— enough that, when he next saw her, he practically froze :-)

For you guys, you absolutely can do the same. Your ex has a picture of you in her mind. Your job is to not match that picture.

When her ex saw her?

Remember this was after she had completed a healthy period of no contact.

You can’t do this anywhere nearly as effectively if it is a couple days after the breakup.

From his perspective, he had this memory of how she looked, and added to that, a memory of their last encounter (when she was tearful and wearing comfort clothes.)

What she did was simple:

She created a contrast against her old image —the one he held in his mind— and the difference was night and day.

When he saw her?

It was her, and not her.

And he could not help himself. His mind was consumed by her, and only her.

He began to wonder what had happened to her, what she had been up to since he dumped her, and whether she was dating again.

He became incredibly curious about her.

Which made for a strong foundation for him to miss her from, wouldn’t you say?

And yes, it is as simple as I’m describing it.

When he spoke to her?

I got her to raise her confidence, too.

She was out trying new activities, going to new places, and basically enjoying her freedom.

She didn’t want to. But I persuaded her to do it anyway. To just give it a try.

When you are single, you are free. And you should take advantage of that state (and in doing so... help your ex to miss you.)

What do free people do?

It’s no secret that one way to make your ex miss you is to go out and enjoy the company of other’s (doesn’t have to be “dating” as such, just mingling.)

There are caveats to this. And yes, it can backfire. So get in touch if you want help deciding if it is a good idea FOR YOU.

For Sarah, it was. And in doing this, it reminded her of her value, to boot.

So all said and done, after all that, he could not help himself. And he now had someone he could fight for.

This is not optional if you want your ex to miss you.

These SEVEN dead giveaway clues tell you what your chances are:

Reserved for "Ex-Communication" Email Subscribers Only...

Pop your best email address in the box below to see what they are. It's FREE. Plus you'll get daily ex back tips delivered right to your inbox ↓

Where Shall I Your Free Daily Tips?

Description: The Gonzo Breakup Coach, and writer of the Ex-Communication Daily newsletter. A fixer of broken relationships with 9+ years experience helping clients worldwide. One of the few professional relationship consultants not featured on Youtube (not a fan of video!) Mastermind of Breakup Dojo (now rebranded Second Chance) — a premium program showing men and women how to create their best chance of saving the relationship. Founded undoabreakup.com in ~2011.