How to make your ex-boyfriend want you back

Hi, my name is Michael, and I am here to teach you how to make your ex-boyfriend want you back. As a man who has experience helping rejected women become wanted again? I know how difficult it can be to figure this out by yourself. That’s why I’ve decided to write this article.

You want him back. That much I know. And I’m sure you know this may take some time.

The outcome will be worth it. No question.

So with that said, here are some tips for you to keep in mind for the journey ahead. 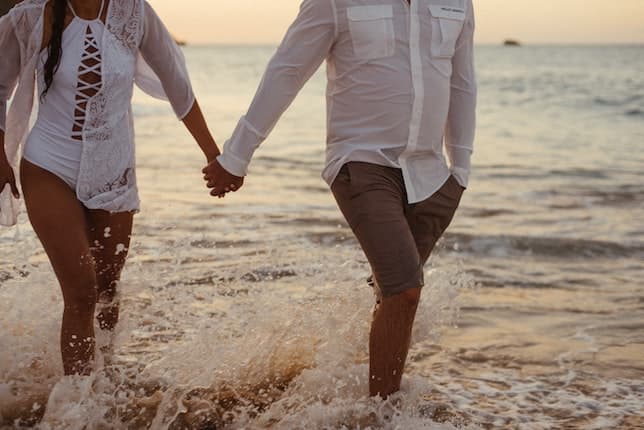 Become the girl he wants to pursue to make him want you back!

Men avoid drama at all costs. So, please don’t get mad at him for breaking up with you. He doesn’t want to hear about it. Rightly or wrongly, tension will only keep him on the back foot. Instead, what you need is a strategy or plan to get your man back. Why? Because having a plan will help to calm your intense feelings to match the plan.

This is important, as having no plan means your emotions are more likely to make the decisions for you.

You don’t want that!

During a breakup your emotions will be volatile. As such, it is a reckless fuel to run on.

Guys do not want drama. They hate it! And a woman running on pure emotion is a whole lot of drama…

So, do not “wing it” by following your emotions.

Instead, balance what you feel with what you think (logic.)

So, rather than trying to persuade him with begging tactics, or by making ultimatums (which are driven mostly by emotion,) sit on your “emotional hands” for a while.

When you stop and think about it, you will see that it benefits you to show him your more composed and elegant side.

Men do not want drama, after all.

Your boyfriend wants to take charge

If your boyfriend wants you to listen? Then let him take charge.

Even if he still insists it is over…

Let him play his role.

This is not the time to make demands of him or to ask for things to be different than what he wants.

If you stop pushing him, he may drop his guard.

Do this well, and he may reverse his position. And even try to impress you.

It is crucial to keep things polite yet fun while you respond the way he wants you to.

Tip: When I say respond the way he “wants you to” I don’t mean “do what he wants” (which is a common error.)

What men really want is a girl who is just out of his reach.

If he thinks he can’t have you, he might just want you all the more.

This is biologically desirable for guys. It is part of their fun seeking ways.

And what’s fun for a man? A challenge.

The secret here is to resist him while he’s trying to impress you. To give him mostly the reactions he wants, while maintaining your ground and breaking pattern enough to keep things alive.

You want to challenge him by giving him a challenge.

Power is everything to a man.

While you were hopefully equals before he broke up with you, it is likely you lost some of that equality afterward.

Now’s the time to change that.

The mistake many women make is to beg or manipulate their man and push for another chance etc. This is wrong because they surrender more of their power in doing so.

Therefore if you don’t do the same thing, you will already be ahead of the game.

This is why using your head, and not your heart is so important.

You feel like grabbing him with both hands and never letting go.

While your head tells you that he must not see you as a conquered woman.

If he sees you as a free woman, who knows her value?

Then the power balance is restored.

When you are not obsessed with controlling him or with playing mind games, you free up a lot of energy.

And what’s the best thing to do with that energy?

Well, you could do a lot worse than channeling it into bettering yourself.

This is a great time to focus on your health, your life goals, and on having fun with your friends.

Don’t be a validation junkie

Don’t seek comfort and validation from him (or from anyone else.)

Validation comes from within.

No man should have that power over you. Certainly.

Once you understand that validation is an inside job, your whole life changes.

And, your value in his eyes sky-rockets.

Now, this may not be easy to achieve. Granted. And it will be tempting to seek his validation. Especially when you feel low.

As such, it is good to keep yourself busy. After all, your mind can be your worse enemy if it is left to idle…

Having ample time with nothing to do is a sure fire way to test your mental health!

Many of us will obsess with wondering what went wrong, how it could happen to us, and what we could have done differently, etc.

It can drive you nuts.

Therefore, keeping busy is wise. It is a simple way to reduce the time given to unwanted thoughts.

Keep your cool when he talks to you

As soon as you gain back confidence and control of your life, he will notice and be attracted to it. It is at this point you have a chance to sweet talk him back into your life.

Now, when you find yourself speaking to him again, and he makes the first move?

Try to come across natural, calm, and casual.

Losing control, or becoming too emotional could scare him off as that shows insecurity.

Try to find that calm demeanor you had before you were in love, or from when you both were happiest with each other (while the chase was still there.)

Throughout your interactions, your goal is to manage your emotions as best you can.

Tip: hold back on communicating everything you’re feeling. This is not the time to unload every thought and feeling you have been having!

This is a great time to bring back the mystery.

A mysterious woman is a lot more interesting, and therefore attractive to a man than a familiar one.

Misery is not attractive. Mystery is.

When it comes to being mysterious, just not sharing every detail of your life is a good start. But also? Not giving him emotional intimacy at every opportunity without him earning it, helps as well.

Keep in mind that even though he broke up with you, he still has to earn your intimacy.

Therefore do not show your cards so quickly or openly. And don’t volunteer information without him asking first.

Instead, give him the chance to rebuild things from the ground up. Like a new couple would.

Have fun with this.

Treat him the way he wants to be treated. As an ordinary guy that may want to chase you one more time. And see what happens.

Make it easy for him to want you back

If he is to want you back, he first must see you as different to the person he fell out of love with.

Show him a new, updated, and more confident version of the woman he first fell for.

Imagine that he wants to fall in love with you all over again.

Make it easy for that to happen.

Find the balance between resolving conflicts and having fun

To repair the damages left from the breakup, you must eliminate conflict and be open to negotiation.

Yet be sure to marry this practical side with the mysterious and fun side.

Only having “serious talk” can kill the romance.

So, take responsibility for your mistakes, yes. As doing so helps retain your power and independence while also validating your feelings.

But, don’t forget to smile and have fun.

Even to make fun of your mistakes, too…

As laughter helps to dissipate the pressure.

So, try to work together on finding solutions, and don’t be afraid to apologise for hurt feelings.

But remember to flirt and laugh, too.

Then, if he gets serious about pursuing you, let him! Just be sure to make him work for your attention because guys need a challenge.

This is how you make him want you. You become a prize to pursue, not a trap to run from.

Can you guess why your ex is so cold toward you? 🥶

Think for a second.

Your ex could be ignoring you because they’re angry. Right?

Or, maybe it’s just awkward to face you right now…

But, hold fire because…

There is ANOTHER reason, and not many think about it.