If you want to know how to make your ex-boyfriend jealous, below I give six top tips to do just that. And if desired, you can use these same tips to make him feel attracted to you again.

Tip: The most obvious way to make your ex-boyfriend jealous is to go out with a taller man than him. Or a man with a better physique. Or someone who has more money. Yes, not subtle at all. But it is the truth. Relatedly, there is a psychological concept known as “preselection.” This concept says we desire more who other people desire. In other words, the best way to make your ex-boyfriend jealous is to show how desirable and in-demand you are. It is similar to social proof. 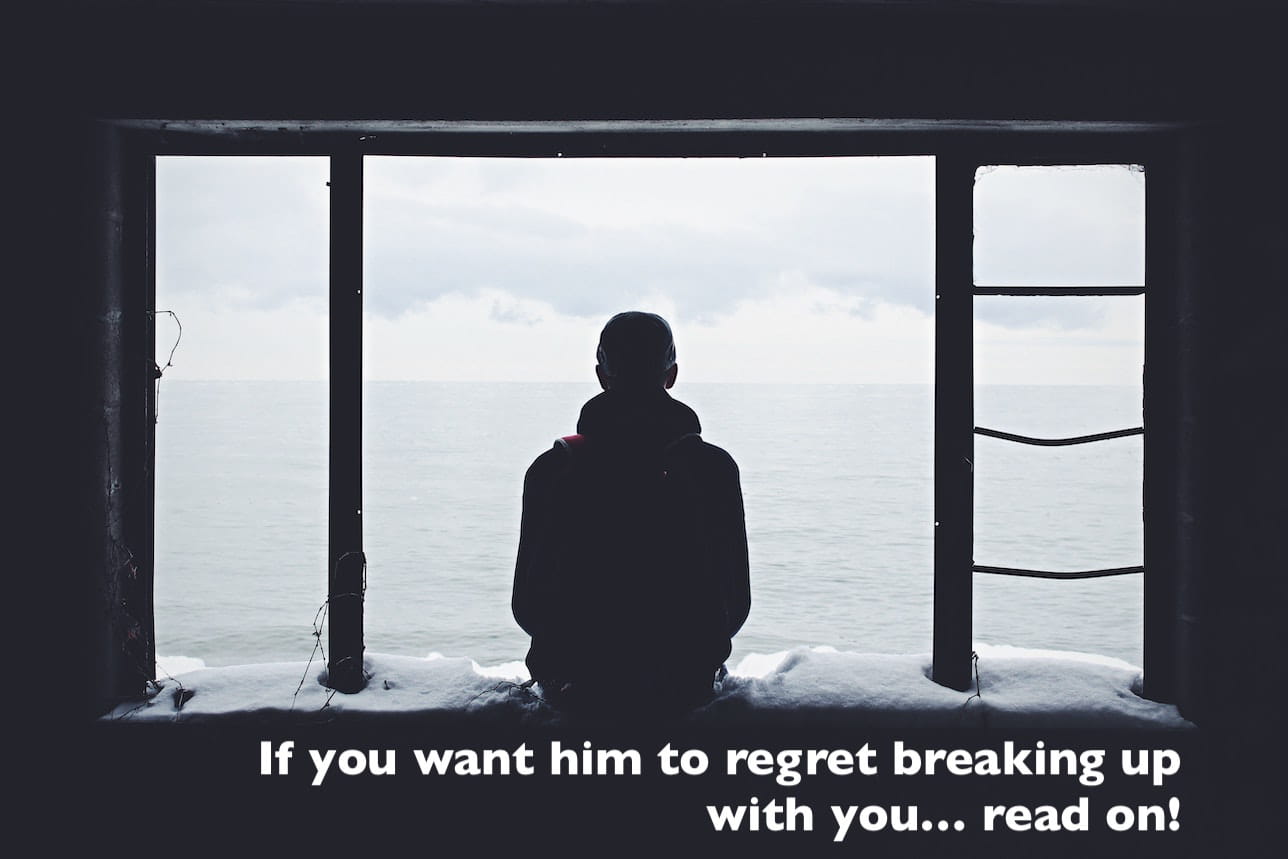 Here Are the Top Six Ways to Make Your Ex-Boyfriend Jealous:

Compliment Other Guys in Front of Him

The fastest way to make your ex-boyfriend jealous is to compliment other men right in front of him. Yes, this is a rather blunt way of pushing your ex’s buttons. And only the rarest of men would be immune to such a bold and seemingly treacherous act!

Right or wrong, 9-in-10 guys will feel gutted seeing their ex paying other men attention. And in the same room? Ouch!

Even if he dumped you. And even if he had a list as long as your arm of complaints, his ego will still not like you giving other men attention.

Compliment Other Guys on Social Media

If you don’t want to flirt with guys in front of your ex, or it’s not practical, you can do the same online. All you need is a virtual space online you both share. For example, if you are both active in a Facebook group, that can work. Or via a mutual acquaintance or friend. Someone who has caught your eye (and who your ex can see your activity with.)

The point here is to show your ex how happy you are without him. How? By liking, commenting, and flirting on other guys’ posts so he’ll notice it when he logs on. The more public, the better.

Be a Little Slow Replying to His Messages

Take your time when replying to messages. If your ex texts you and you text back right away, it looks like you were waiting for him to message you. If you want to make him jealous, be a little sluggish as though you don’t care. Let him think you are busy and believe someone else has your interest.

If your ex thinks you have nothing else going on, he has less reason to worry you are moving on without him. By being a little slow to respond, you keep him guessing. The idea is to be responsive enough, so you are not rude but not so quick to convey neediness. It is better to suggest you have other men in your life battling for your attention.

Communicate Mainly During the Weekdays and the Daytime

You can boost your social value by talking less during weekends and weekday evenings. After all, the evenings and weekends are when most people enjoy their social lives.

When you communicate primarily during the day and not at the weekends, you appear busy. Stick to those times to keep up the sense of mystery and distance needed to make him jealous. Which in turn helps to ensure he’ll be eager to hear from you.

Always create the picture that you are busy and active! Let his imagination think about you “dating other men.”

Create Anticipation and Leave Him Hanging

Create anticipation and leave him hanging. How? First, ignite a burst of good feelings in your ex by saying something nice and complimenting him. Have a short back-and-forth interaction, perhaps a little flirting. And then, having created anticipation for more, retreat and go silent for a few days! 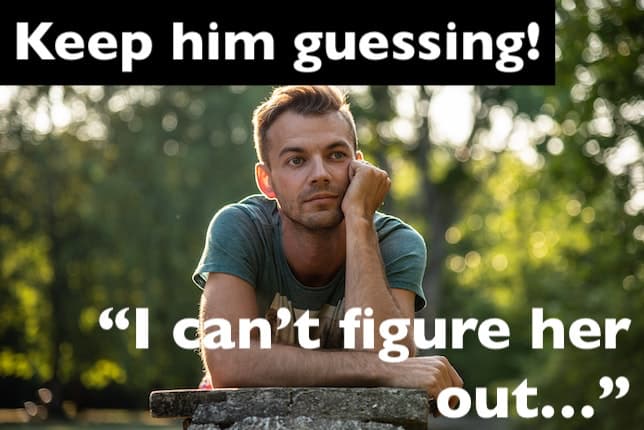 For example: “You look great in that shirt. Have you been working out?”

Create anticipation in your ex by giving him a sense that you want to be with him again, then do nothing. By disappearing and breaking patterns, he will feel confused and lose confidence.

After a few days to a week, grab another tip from this page, so he gets mixed messages (e.g., compliment a friend of his.) Do not let him spot a pattern of behaviour.

Get in Shape, Improve Your Looks and Update All of Your Social Media Profile Pictures

It’s no secret that women who take better care of themselves and dress better attract more attention (and men) than those who don’t. And, if you improve your appearance even a little, you will feel better and give your ex more reason to miss you.

Right now, your former boyfriend has a picture in his mind of how you look. This image is based on seeing you hundreds or thousands of times. That’s a lot of familiarity! Ergo, your job is to ensure the next time your ex sees you —whether in person OR online— that you look different to the image he has in his mind.

If you break the pattern, you force him to reassess you and question his judgement of you.

Tip: With men, you only need to accentuate one part or aspect of your body to capture his attention and force him to think of you “that way.” Not many realise this, but it is true! For example, if you have long legs, you should enhance this by wearing a shorter skirt and some heels. His eyes will be drawn to your legs. And the rest of your body will take a backseat (for better or for worse.) Use this to your advantage however you can.

Here’s another thing: An online profile is only as good as the photographs you post. While you can’t change your height or eye colour, you can improve your image through a quick social media makeover.

Of course, when you look good, you feel good. And men will more likely approach you, which helps to make your former man a jealous man 😉

Last but not least, improving your image will make you feel more confident. And the reality is, how you look and dress affects far more than just your romantic relationships. So, you won’t lose by looking and feeling better. And so, this is a tip you can do for yourself alone.

You want your ex-boyfriend to regret what he did? You want him to see how happy you are without him? If so, then the above tips will get it done and help make your ex jealous. They may not work for everyone, but if you’re looking for a way to make your ex think twice about breaking up with you, it’s a solid start.

Is Your Ex Thinking About You and Having Second Thoughts? 👀

How about I give you three QUICK signs your ex is having second thoughts and wants you back?