Why do exes come back when you moved on?

Did you know that you increase your value in the dating market when you move on from your ex? Suddenly you become fascinating, appealing, and compelling. No longer stuck in a rut, you tap into three powerful factors that can pull your ex back.

In this article, I will explain these three factors for you.

Warning: The reasons why exes come back after you move on will make your eyes roll and say, “wow, humans are odd.” I warned you!

Wait: Do I need to move on if I want my ex to come back?

You do not have to move on for your ex to want you back. The “moving on” factor is one of many reasons why couples reunite. That said, if you are struggling to make headway with your ex, you could do a lot worse than to move on with your life.

Over the past decade, I have noticed how some clients found their turning point came after they had moved on.

Michael, Why did my ex only show signs of wanting me back when I moved on already, whereas before it was like talking to a wall?!

The fact is, many heartbroken men and women go on to win their ex back because they moved on, creating a turning point.

You could help make your ex want you back by showing him or her you have moved on. Nothing is for certain, of course. No guarantees and all that… just that if you want to maximize your chances, you shouldn’t ignore this option. 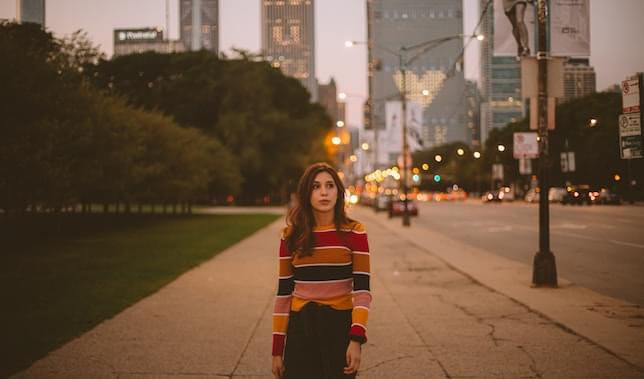 Why do exes come back?

Here are three factors that explain why exes come back when you move on:

They want what they can’t have

The adage that people only want what they can’t have sounds daft. You’ve heard this before. Your eyes are already rolling off your shoulders 🙄

That doesn’t make it any less true.

Let me put this in a different and more thought-provoking way:

We do not want what we have dropped 😉

Have you ever sold something you used to like but grew tired of?

Of course you have.

I had a nice piano. Then I grew tired of it. And then I sold it.

After you get rid of something, you do not miss it in the days and weeks that follow.

But as is always the way, things lose their shine over time. We grow bored with things. It wasn’t what we imagined it would be. And by the time we finally get rid of it, all the desire has gone.

Now imagine if this “object” kept trying to relocate itself back into your world? Pushing and pulling, tugging at you to take it back?

Well, your ex may have felt the same way about the relationship!

You better believe it:

We don’t miss what we don’t want.

We don’t want what we can easily get, either.

Before breaking up, the one who wanted the breakup wanted what they “couldn’t have.” Which, in a manner of speaking, was to be free.

Of course, “couldn’t have” is not literally true. But, breaking up with someone is difficult. It is messy, painful, and disrupting.

Not as easy as selling a piano…

This challenge can intensify the desire to break free.

Well, the reverse can also be true. This means the challenge you represented when you moved on intensified your value.

If your breakup came out of the blue (for both)?

The fighting, begging, and drama that comes with falling out makes being apart desirable.

But once the dust settles, things change.

Summary: Your ex will not feel as great a loss over the relationship as you if they initiated the breakup.

If you were “dumped,” then you are not wanted.

But by moving on, you remove the “can have” factor, which makes you more desirable.

We don’t want to be left behind

Humans are so preoccupied with what other people are doing and thinking, they rarely stop to ask, “what do I want?”

If your ex is struggling to find their way and begins to have doubts about how wonderful life will be without you in it?

Well, this doubt only grows the more wonderful your life appears to be.

At this time, you may notice your ex is pretending to be over you and acting strangely.

It is no mystery…

In your exes eyes:

The less confident they’ll feel they gave up someone without value (or who had less value.)

Indeed, your ex will even feel jealous about you moving on.

To them, you are supposed to be begging and pleading them for attention. Yet now you are far too consumed by your own adventure to care.

If your ex sees you as progressing while they feel stagnant, they will reconsider the value you hold. (And their own.)

In doing that, your ex may see you as a prize worth fighting for. Rather than an unwanted lemon (not that you ever was one, but you get the drift!)

Moving on exudes qualities we desire

Moving on is character building.

And it is the opposite of standing still and waiting for scraps of attention.

When you have moved on, you also level up. It is positive growth.

As you push forward in a new direction, those watching (like exes…) witness the universal desirable human qualities, such as:

This dovetails nicely with “wanting what we can’t have” and “not wanting to be left out” (FOMO.)

Why exes come back: Summary

When you move on from your ex, you tap into at least three factors that could pull your ex back.

Here they are again:

Altogether, we can say the reason why exes come back when you move on is FOMO!

The Fear Of Missing Out.

If your ex begins to show interest in you, and you have moved on? It is no longer a mystery why this is happening 🙂

Tip: Whether you really move on or help your ex to perceive you have moved on, the result can be the same 😉

About the author: Michael Fulmer is a breakup consultant and writer of The Ex-Communication newsletter. Creator of Breakup Dojo and Second Chance, teaching “how to outwit your ex’s negative feelings.” Michael has been repairing breakups since 2011. No fancy suits, shooting videos, or posting fake smiling photos. Michael —“as not featured on Youtube”— Fulmer.