Obsessive and controlling toward your ex?

We’ve all done it to a degree. Some only briefly, but others develop a habit of sorts. What am I talking about? To commit the relationship sin of controlling our partner. To become an obsessive distrusting, jealous enemy to a boyfriend or girlfriend!

Perhaps this is the reason you find yourself single (or will do if you don’t change.)

This obsessive behavior often starts around the short to mid-term stages of dating. At a point you find yourself most in-love and the “happiest I’ve ever been.”

A common sign you’re at this stage is when you spend as much time together as possible. When you are attached at the hip, outsiders look on unimpressed, thinking “yuck!” and will whisper disapproval words to anyone in earshot.

The issue is this:

The thought of losing him or her to another terrifies you so completely, you lose all sense of proportion. And dignity, too.

This massively weakens your position. To REVERSE this weakness, join my free daily tips newsletter (I share a secret you need to know.) 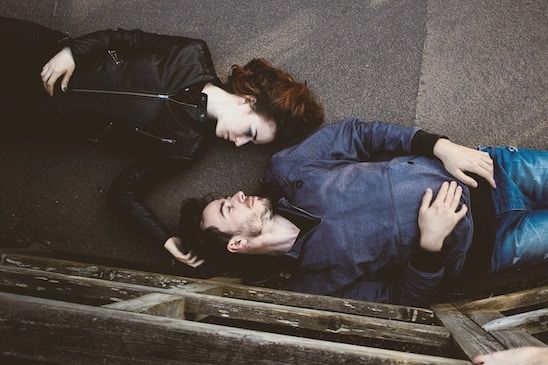 When you worry your partner will leave you, fear takes the driving seat. Your focus will then narrow and fixate on your partner. You lose a sense of perspective and develop an obsessive character.

You may not have realised it, but he or she became your whole world. And in your obsession, you traded in all sense of perspective. In a sense, you became a different version of yourself. And your ex could not love this version.

If I were a betting man, I’d wager that you developed unhealthy notions about your ex and the people around you. You likely saw things that were not there. As though your rational mind took frequent breaks.

For example, you might be out together, say clubbing, but you won’t like how other guys or girls are looking at your ex. You hate that they might see what you do. Or how they are “undressing your ex with their eyes,” flirting… and wait, is your ex encouraging it?

The point is, you are not coming from a stable place to judge because of the narrow view you’ve adopted.

As a result of your obsessive and controlling behavior, your ex will have felt suffocated.

Desperately seeking breathing space, he or she may become distant with you. Yet in your state, this only makes you MORE clingy. So you further suffocate your boyfriend or girlfriend. Soon, a breaking point is reached, and they can’t take it anymore and break up with you.

Does that sound familiar? While the specifics will be unique for you and your situation, the outline will be accurate for many.

When the person you love becomes your “one and all” to an unhealthy degree? The damage potential for yourself is greater. If he or she was “all your world?” To be abandoned by them, or no longer intimate with them… or the thought they might be intimate with another?

It’s hard to go through this under normal conditions, all rejection hurts. But from an emotionally unbalanced, obsessive or controlling state? You feel a greater, exaggerated loss.

Do you see the unfortunate position you find yourself in?

The two paths at breakup

The following applies if you have broken up. If you haven’t, use it to learn a useful lesson. It could be crucial!

Let me talk about the two paths that follow a breakup.

When your ex felt crowded by you, the smartest thing to have done at the breakup point is give the space they desired.

That would be path one.

By extension, the worst thing you could have done would be to increase your intensity and crowd him or her.

Path one removes stress from the situation. Creating space and opportunity for a willing return. Path two adds stress, causes more damage, and pushes them away with more resolve to stay away.

Those are the two paths.

It’s cruel, but out of the two, which do you think is the more popular? Yes, it’s the 2nd. I’ve already said I’m not a betting man. Still, the odds are good you also chose the 2nd path. Calling and texting your ex multiple times each day. Adding pressure to the situation rather than taking it away.

The thing is, you’re only acting and behaving in the manner you feel most natural. You are not forcing yourself. You’re driven to do it by your volatile emotions which are bubbling away under the surface. It’s miserable, but you are suffering great pain, and the breakup has sent your life into a spin.

Bottom line: It’s not reasonable to expect you to act any different without a sharp prod in the right direction.

How to get your ex back after being controlling?

Irrespective of what you’ve done, there’s still the chance you both will reunite as a stronger couple. And without either displaying those aforementioned unhealthy traits. What that chance will be, though, depends on what you do next.

Will you prepare by soaking up critical knowledge and actioning what you learn?

Those who do, increase their chance of success. And not just in getting back together but in staying together too.

Your next step: Do the opposite!

The first place to start is with the unhealthy obsessiveness you have with your ex.

Naturally, it would help if you ceased all possessive behaviors. Including contacting him or her. Hence, you give them the space they need.

Keep in mind: If controlling and obsessive behavior broke you up? You will need the opposite qualities to get them back.

This step requires willpower to see it through, and some of you will refuse to do it! I won’t say “ignore this at your peril,” though I might think it (wink.)

Now become obsessed with life outside your ex

After you have given your ex space, the next step is to turn down the “my ex is everything,” dial. And then turn up the, “me and the rest of the world,” dial.

You do this by “sitting on your butt” and using your head to see reason.

You must widen your focus so you no longer hold a narrow-view of just your ex.

Before, when narrowing your view to him or her, you excluded your friends and family from your life. And possibly your work and hobbies, too.

Now is your opportunity to reverse this unfortunate side-effect.

Become obsessed with looking after yourself, your friends, family, and your work.

Besides, at this fragile time in your life you want to have friends and family around you.

From possessive to devoted

Weaning yourself off your ex is no easy task. It is a tendency after the breakup to hold a better-than-reality version of your ex in your mind.

What about you, are you glossing over many of their not-so-ideal aspects?

Do you have obsessive thoughts about your ex?

If yes, this doesn’t help your cause. As such, some people find it helpful to identify all the bad points of their ex, and write a list they can later refer to.

Having a little reminder of how “normal” your ex is can help address this common phenomenon.

You must regain control of your emotions if you are to succeed. Whether that’s in winning your ex back, and keeping them… or deciding you’re better off as you are, and moving on.

While many couples reunite? Those who do not resolve the original problem(s) are likely to become single again. And fast. Make sure this is not you.

When you contact your ex again, swap the weak force of possession with the strong power of devotion.

Be a devoted man or woman with a healthy respect for boundaries, and your ex will feel calmer in your presence. From there, your ex may begin to see the idea of a second chance is not nearly as scary as it once was.

Is your ex thinking about you and having second thoughts? 👀

How about I give you three strong signs your ex is having second thoughts and wants you back?