How to Get Him Back After Being Needy — Quick Instructions

Did your boyfriend leave you because you were needy and clingy? Don’t fret. Here are four steps to implement right away to remove all signs of neediness to help you get him back:

After you do the above for three weeks or so and the dust has settled, you can send him occasional FUN text messages to warm him up.

Let’s go over this now.

1. Stop Communicating With Him

If your boyfriend has just dumped you, wait three weeks before reaching out to him. He will expect to hear from you much sooner, so surprise him with silence. 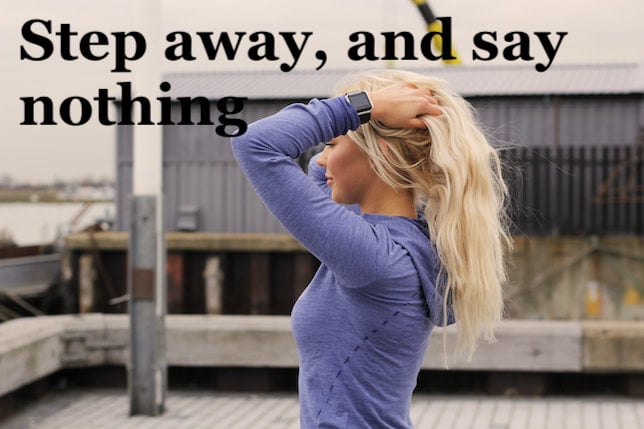 If you think about it, the more needy and obsessed you were, the more surprised he will be by the opposite. Not hearing from you will challenge his judgement of you. Yes, you should let him come to you for the first few weeks.

2. Remove Him From Your Social Media Accounts

Delete your boyfriend from your social media accounts. Why? Because you were clingy and needy, choosing not to follow him will demonstrate restraint. He will be surprised and possibly angry. This is OK. Later you can explain how much you disliked your weakness around him and that you wanted to work on yourself.

Note: Deleting your ex-boyfriend from Facebook and Instagram (etc.) could be seen as petty and childish. However, after some time, you can tell him how important it was to fix yourself and go cold turkey.

If you are concerned about this step, you can skip it.

3. Don’t Answer Any Calls He Might Make to You

For the next three weeks, do not answer any phone calls from your boyfriend. It is better to wait until you are feeling stronger before engaging in a live call. After all, when emotional, we tend to react poorly and say the wrong thing.

After he has called, wait a few hours before sending him a short text message to apologise for missing his call. It is a good idea to acknowledge his attempt to contact you. Here’s an example of what you might send:

“Hey. Sorry I missed your call. Now is not a good time for me. I’ll be in touch in the near future, promise x”

4. Be Slow to Reply to His Text Messages

It will be tempting to reply to his text messages quickly. However, this is not necessary. You’ll see better results by waiting to respond, as this shows you are calm and have other things on your mind. Also, remember that he left you because you were needy and clingy. Ergo, be slow to reply to him. 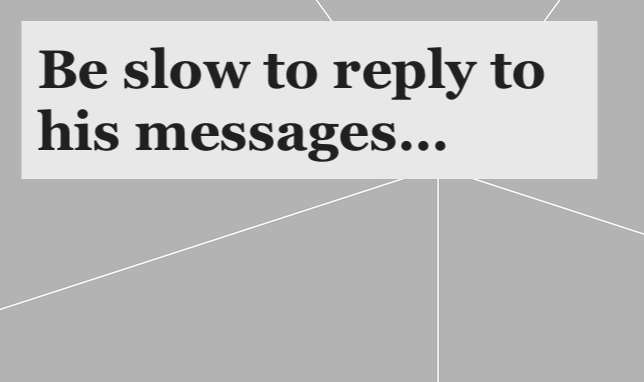 I recommend waiting a minimum of three to four hours before replying. And no longer than a day. You do not want to ignore him as this will only anger him.

When you reply, keep it brief and avoid talking about the relationship and what went wrong. If he pushes for a serious talk with you, deflect him with a message about needing some time to gather your thoughts. You can even tell him he is right about your neediness being a problem (or however he words it.) For example:

“Hey. The bottom line is you are right —my insecurity got out of hand. Give me some more time to process this. I’ll be in touch soon x”

Once the Dust Has Settled, Send Occasional Fun Text Messages

Texting is far less stressful than picking up the phone or meeting up with your ex-boyfriend in person. So, once the dust has settled, I recommend reaching out to him with a FUN text message.

Remember: By this point, it has been three weeks or more since you last initiated contact. Your ex may have called or texted you first, but not the other way round.

So, what kind of message do you send?

It goes without saying (ha) that you must not show any signs of neediness or desperation when you message him.

To avoid signs of clinginess etc., keep your messages cheerful and lighthearted.

You might be tempted to ask him to change his mind about you, but this would be a mistake. Instead, remaining calm is your goal —to show him you are in complete control of your emotions.

Lastly, you should limit how often you contact him. One or two messages a week is more than enough. Build up the connection slowly. There is no need to rush the process. If you send messages too often, he might think that you need him.

Later, after you have a few weeks of conversations that are casual and carefree “in the bag,” you can ask him to meet up for coffee. From there, you can continue to build good feelings. Only later, after he begins to show signs of affection, do you look at getting back together again.

I talk at length about how to get a boyfriend back on my blog, yet if you were needy? You should implement the following as soon as possible after the breakup:

Only once you have done the above for around three weeks should you initiate contact with your ex-boyfriend.

If you follow these tips, he will be curious about you rather than afraid. Following the steps in this article is how to win him back after you were needy.

Is Your Ex Having Second Thoughts?

How about I TELL you about the three QUICK signs you can look for, which MIGHT hint your ex is having second thoughts and wants you back?

I’ve put this info in an email. And it’s ready to go straight to your inbox. Just type your email address in the box below, and hit the button.