How to re-attract your ex: 4 startlingly refreshing ideas!

I’m going to give you four different ideas to show good ways to re-attract your ex. These lesser-known tips naturally attract people and soften relationship conflict.

Psst: These powerful attraction ideas are practical for all people. Boyfriend or girlfriend, your ex is not immune! 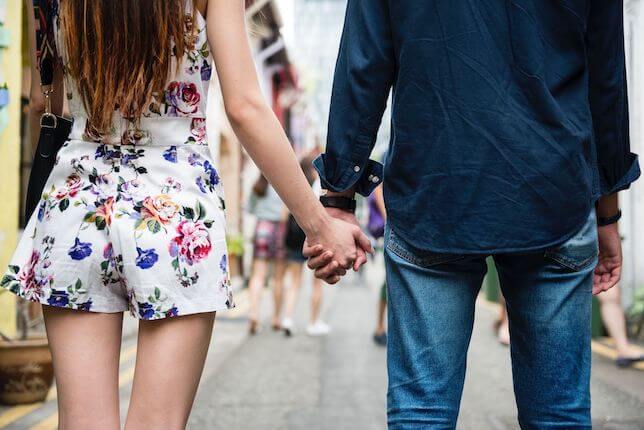 Be a mirror for your ex

It turns out we prefer to be seen by others the way we see ourselves. This is according to Bill Swann, a professor of social psychology and personality psychology, at the University of Texas, Austin. He calls it “Self Verification Theory”1 and it is fascinating.

We are pulled toward people and situations that help keep our self-image alive and intact.

And we pay more attention to —and will accept more feedback from— things which mirror our own self-view.

What should grab your attention is how this is true no matter how healthy or harmful that self-image is.

This is why someone with low self-esteem will push you away if you overdo the attention and adulation. Because you are NOT matching their self-image.

If your partner or ex (read: ANYONE!) thinks less of themselves than you think of them, you might find they reject you. You’ve been warned.

If you want to attract your ex, consider how they see themselves —their self-image— so you can approach and treat them in kind. Otherwise, they may feel an overwhelming desire to move on and find someone who does see them the same way.

Re-attract your ex with invisible powers?

I read a bunch of notes yesterday on this book:

Secrets of the Millionaire Mind (by T. Harv Ecker.)

Not my notes, but another’s (they’re all over the web.)

—TIP— go dig up the notes others have made on a book you’re interested in, and you’ll find the gold nuggets.

Right off the bat, I get this quote:

And come on. Isn’t that the way of things? In ALL things, too. Including attraction and relationships.

If we want to live differently, we must first think differently. It’s all mindset. Whether we’re talking about love, money, contentment, or attraction, it is all a mind thing first.

If you say, “I’ll only be happy after I pull my ex back,” you may find yourself waiting a long time.

Be happy first. The girl, the guy… and all the money and stuff you want comes after, not before. Besides, who wants to get back with misery?

Mindset is the difference between where you are and where you want to be. And that’s where your invisible powers await you, my dear reader.

And no. This isn’t woo-woo advice (hello law of attraction!) I promise you.

This is about attitude.

When you upgrade the “software” in your head, you’ll be more persuasive and aligned with the things you want in life. Including your ex.

When you change the invisible, you can be sure that the FRUITS change with it.

Attraction killer: Don’t be a sheep!

When you embrace your inner lion, you become attractive and desirable to your ex (and indeed any guy or girl.)

What on earth am I talking about?

With attraction and getting noticed, your behavior and approach can either be like a lion or a sheep. One way is desirable. The other, undesirable:

Which would you choose?

See, based on the last dozen emails I got yesterday, 80% were waiting for SOMETHING to happen with their ex:

And how right you are!

You won’t be surprised to know that it is not a great way to approach things.

By the way? It’s not that these people are silly. This is a normal result of our behavioral response to a traumatic experience. One that any one of us could slip into.

A quick heads-up is all that’s required to quieten the sheep, and let the lion out.

So if you’ve given up control, letting your ex lead the way (or anyone for that matter) don’t fret.

It’s because you forgot yourself in the commotion of the breakup.

You were knocked for six and didn’t know what to do, so you did what any sane person would.

By becoming aware of this weakness, you get to reverse the damage. You can start the process to hone your character to gain more attraction.

You can’t expect to win his or her’s heart without embracing your own, do you?

Grab hold of your convictions, and all you stand for and let that light your path ahead.

These are the qualities we admire in others, and so others’ will admire them in YOU.

It’s time to let go of the passive ways (sheep-like) and be proactive and in control (lion-like.)

In a game, who’s in the center of the screen?

You are! Well, the character you control is.

So you are the center of the game world. And everything happens around you.

Putting yourself center in your world is a good way to attract your ex.

To put yourself in the center of YOUR screen.

Why do I say that?

Because it’s a common mistake to put OTHER people or things in the center of YOUR screen rather than yourself.

Putting your focus OUT THERE all the time? It’s not healthy.

Spending all that time looking AWAY from yourself has consequences. You better believe me.

Do this enough, and your identity fades a little…

The less of YOU there is leftover.

Do it long enough and who you are —your identity— can become a distant memory.

And what takes its place is…

An identity built around the who or what that you put center in your screen.

And yes… you’re damn right I’m talking about your ex! But it could be anyone of course. Or even a thing (like a job, for example.)

Heartbreak is letting someone consume your world, who then quits your game.

It hurts like it does because what’s left is emptiness.

The center of your world got up and left.

So whose on your screen?

You see it all the time. And like I say, not just in relationships.

Like people who get their identity from the profession or work they do.

Work becomes the center of their “screen,” so…

What happens when they retire? Or their job expires?

Yup. The work disappears from their screen.

And as work was upfront and center… when it’s gone, they lose a chunk of their identity in the process. And crash.

It’s the same with anything you make more important than yourself.

Money, career, people, ex’s… anything you put in the center of your screen long enough WILL cause you pain when it’s gone.

And nothing is forever.

Has your ex consumed a little too much time in the center of your screen?

The antidote to all this is simple:

Don’t lose sight of yourself.

Retain awareness of yourself as front and center of your world and your identity won’t fade. In fact, your attraction powers will grow.

You can interact with people and things and share experiences.

But who you are will be the constant in your life.

That’s your goal, by the way.

Do you know what happens when you meet a person who hasn’t lost sight of who they are?

A person whose center of screen isn’t a job, a person, or money or whatever…?

You admire and respect them.

You may not be able to put your finger on it, and you may not LIKE everything that person does…

But you can’t deny they have a quality about them.

These people fascinate us.

And when you do the same, people will be drawn to you. Including your ex.

Heartbreak is letting someone consume your world and watching them quit your game. The solution, then… is to never make them or anybody else be the center of your universe. When you do that the bonus is they want to be IN your world all the more…

Let’s wrap up, shall we?

How to re-attract your ex: The lesser-known attraction tips

First, I told you that your ex prefers to be seen the way they see themselves. Whether that’s positively or negatively. So beware! If you put your ex up HIGH on a pedestal, they are forced to look down on you (whoops.)

Second, remember that it is the invisible that creates the visible. Check you’re not running buggy software that has that reversed. If you are? It’s time to upgrade. How to tell? Well, if you’re waiting to bewitch your ex before you’ll be happy, you’re running lousy software. Be happy first. No one wants to hook up with misery or be seen as a happy-drug.

Third, don’t channel your inner sheep and expect to be treated and seen as the lion! The sheep is timid and reactionary. That’s how you lose an ex. So switch mode! The lion’s a leader, who is courageous, strong, and noble. Be like that, act like that, and you’ll find everything becomes easier and more enjoyable.

Forth, remember the video game analogy: the character in the center of the screen = YOU. Don’t let your ex or anyone else (or THING) live in the center of your world. Do this, and you’ll get all the admiration and respect you want, which doesn’t hurt when you want to re-attract your ex.

Is your ex thinking about you and having second thoughts? 👀

How about I give you three strong signs your ex is having second thoughts and wants you back?